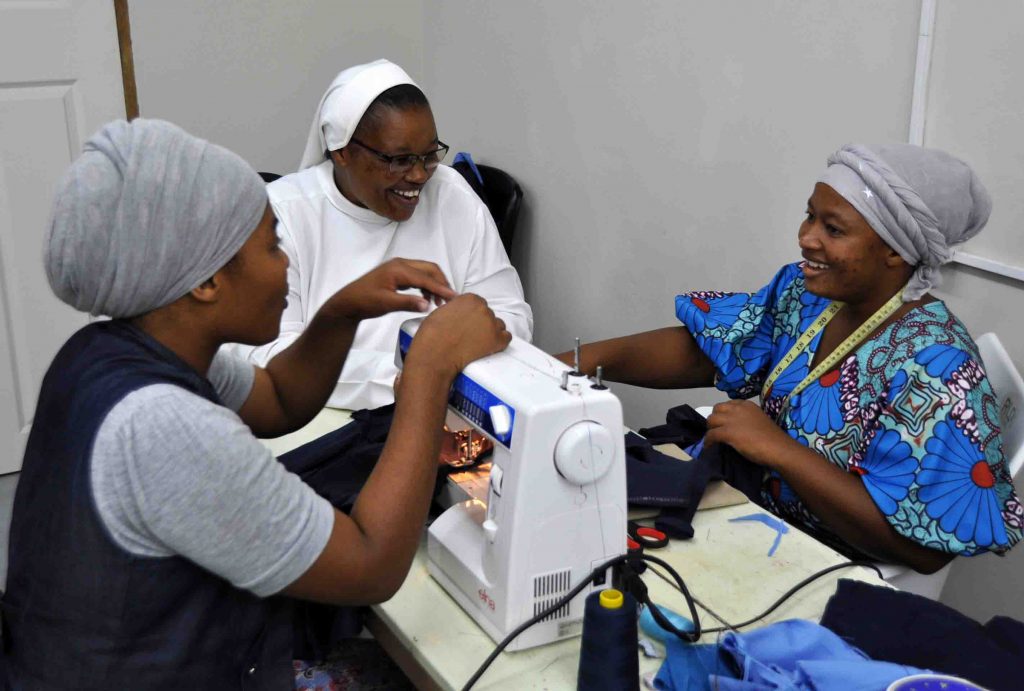 Four years ago Sr. Teressa Zungu, a member of the Holy Childhood Sisters in South Africa, started sewing courses for women around the rural town of Eshowe. Today, her idea has grown into a project for the whole of Zululand, supported by German development funds.

Sipho Makhanya is moving in-between sewing machines. The sound of clattering needles and cackling female voices is circling around him. He checks a pair of shorts, touches the seam with his fingers, assesses the result. “Good work”, the 51-year-old says to Nqobile, a young woman from Vryheid. Together with seventeen other women from all parts of Zululand she is finishing up her sewing course in the Development Center of the Catholic Diocese in Eshowe. Before, she has designed patterns, learned to handle different fabrics, worked with mobile and industrial sewing machines. She has sewed dresses and trousers, school uniforms and tracksuits. Today she will work until late at night to finish her last piece: A black summer dress with leopard patterns. “Every learner must be able to design and produce different clothes after the course”, Sipho says.

Bringing the project to the people

The skilled tailor is sharing his knowledge, and that has a lot to do with Sr. Teressa Zungu. The Franciscan Sister of St. Clare Convent in Eshowe recruited him two years ago to teach sewing in Vryheid. At the time, Sr. Teressa traveled up and down the Zululand Diocese to find companions and form new groups. In 2016, she started to teach sewing to a group of Eshowe women herself  – and realized a great interest and potential in her work. Some learners traveled more than 200 kilometers to join a sewing course. “But we realized that the cost and effort was too much for many women”, Sr. Teressa says. “That is why we started to go into the communities and bring the course to the people.” This outreach approach costed money: Sewing machines had to be bought, rooms had to be rented. She needed petrol money and funds to pay the instructors’ stipends. “We needed help to take the project to the next level.” 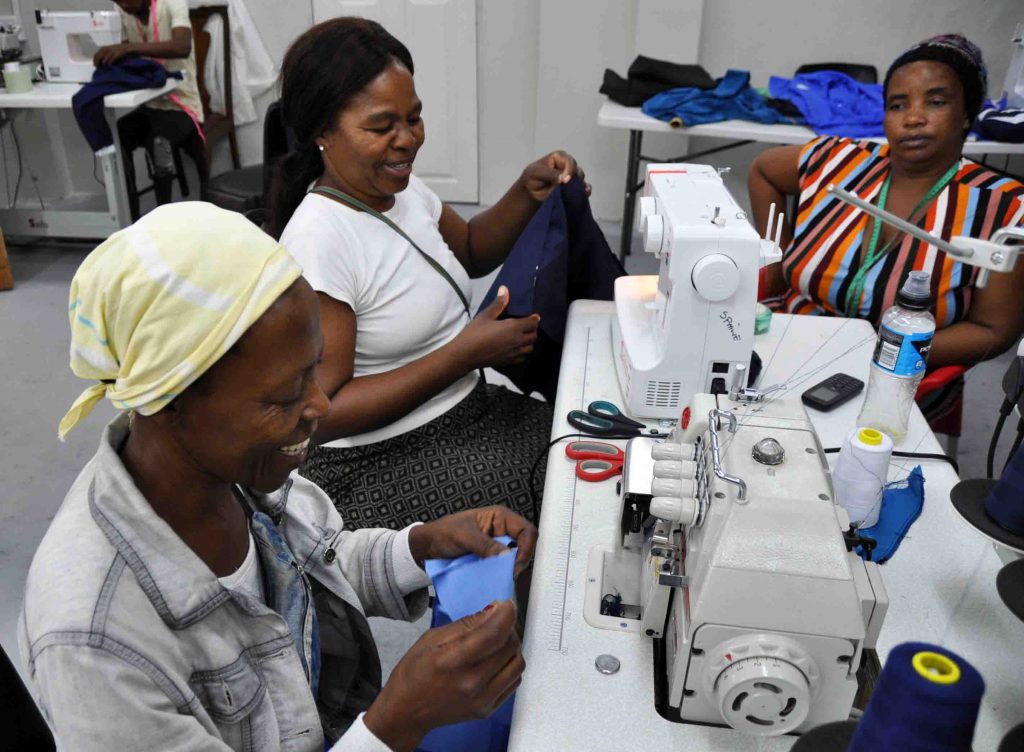 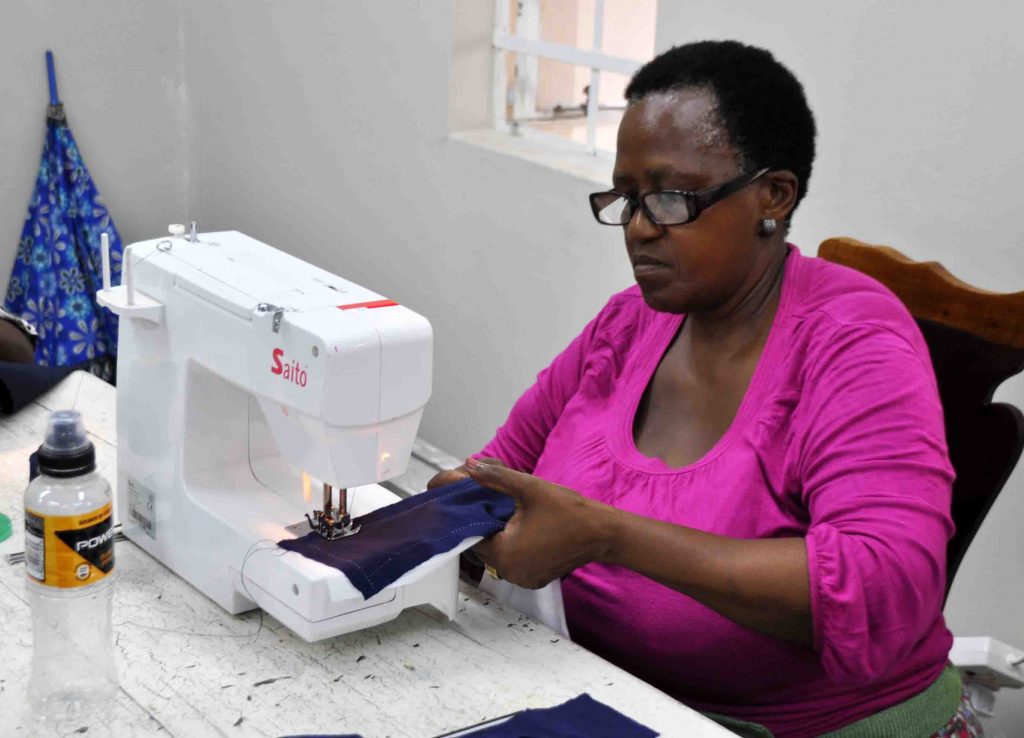 Sr. Teressa found help with the German organization Yebo Zululand Initiatives and the International Rural Development Service (ILD). Up to this day, they are supporting the project with subsidies and donations. Meanwhile, ten sewing groups are working all over the Zululand region. “Sr. Teressa has planted a seed four years ago, and it has grown into a strong tree”, says Edeltraud Parensen, founder of Yebo Zululand. More than 200 women have participated in sewing courses over the years, says Parensen, who compares the development of the project to a “snowball effect”. “The social interaction within the groups helps the women to cope with everyday life”, she says. “And the sewing enables them to support their families.” At the moment, paying customers are predominantly rural schools. Demand for school uniforms in South Africa is huge, as children wear them from the first to the last day of school, in class, at sports lessons or at functions. “It is very important for the women to acquire contracts in their local neighborhoods on their own”, says Sr. Teressa. “We can give them wings, but they have to learn to fly themselves.”

“We help each other out”, says Nolwandle Nxumalo, who has been part of the sewing initiative for years. She focuses on the social impact of the project: Women like herself are pulled out of unemployment and apathy. “Life in Zululand can be very difficult. Many people are poor and sit at home all day, because they are uneducated and nobody believes in them”, the 52-year-old claims. While some of the women are receiving their certificates for completing the course, she gives a blazing speech. She thanks project managers and the sponsors for their commitment – and promises to repay the trust wherever she can. “I will give every woman a push if she wants to be pushed”, Nolwandle says. When the sewing machines start clattering again, she is putting her words into action. She shares knowledge with newcomers, helps to acquire new contracts and supports the women with daily issues.

In the future, her commitment will be needed more than ever. In February, the opening of the new “Innovation Center” in Eshowe was celebrated. Regular workshops will take place there soon, when students from all sewing groups in Zululand can come together, share their experiences and learn new techniques. Part of the ceremonial launch were the blessing of all new rooms by Bishop Xolelo Thaddeus Kumalo and speeches by the German sponsors, who will continue to support rural development in the area, both through sewing workshops and agricultural projects. Among the invited guests was Sipho Makhanya. He had organized a fashion show, where the women could present their work to a bigger audience. They walked the improvised catwalk proudly, a dream in blue, a leopard dress, a colorful pink spot. Sipho laughed and raised his thumb, watching the result of all his efforts. A touch of Haute Couture, in the middle of African Zululand. 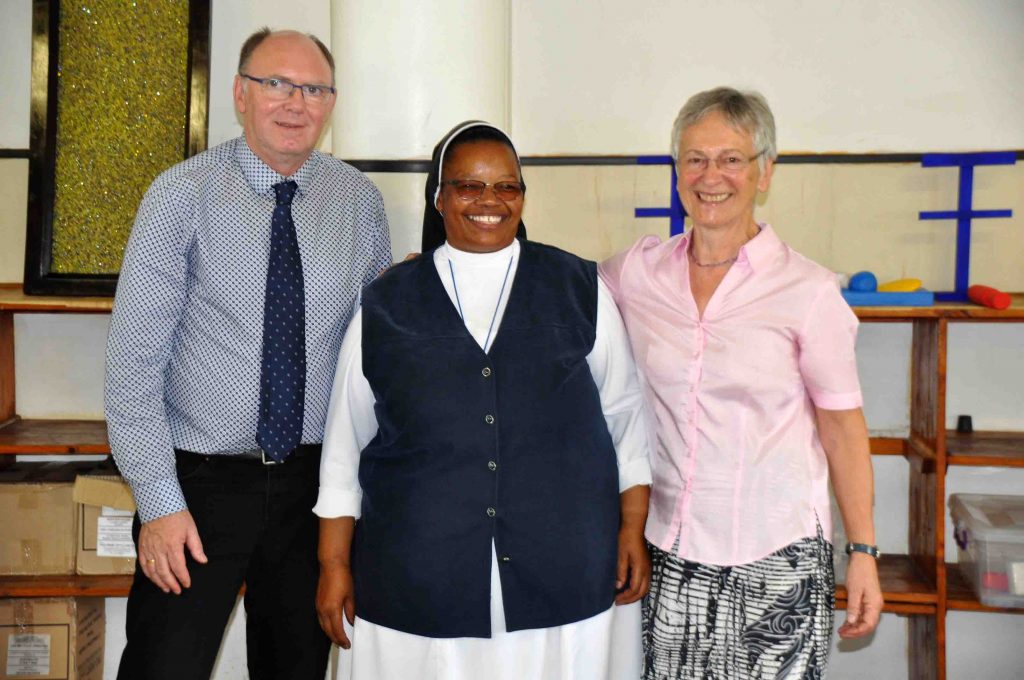 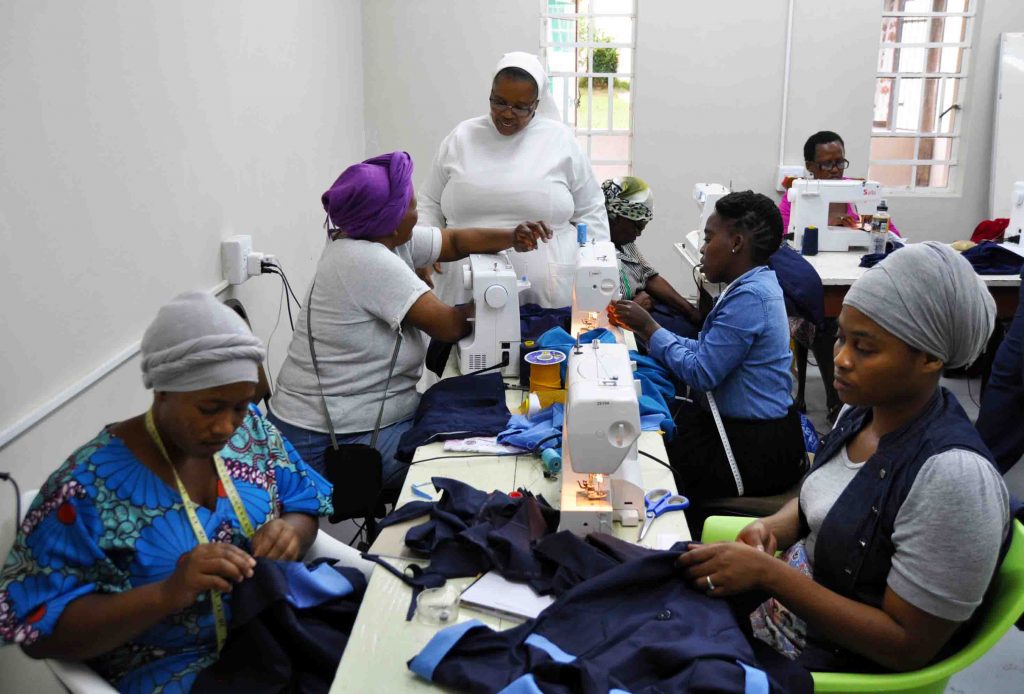 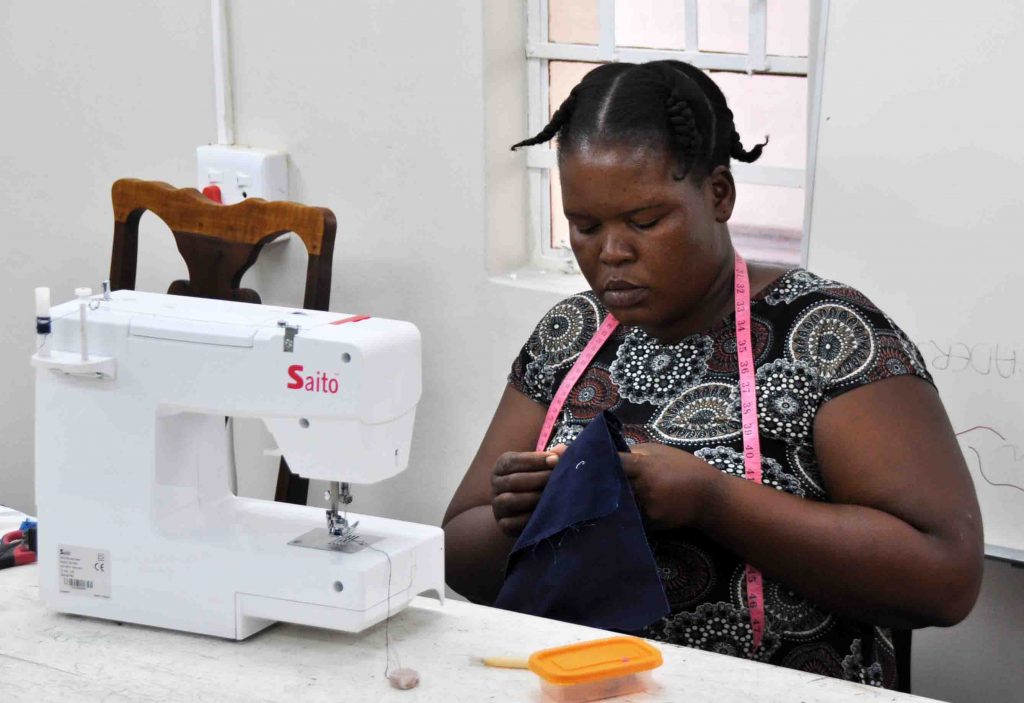